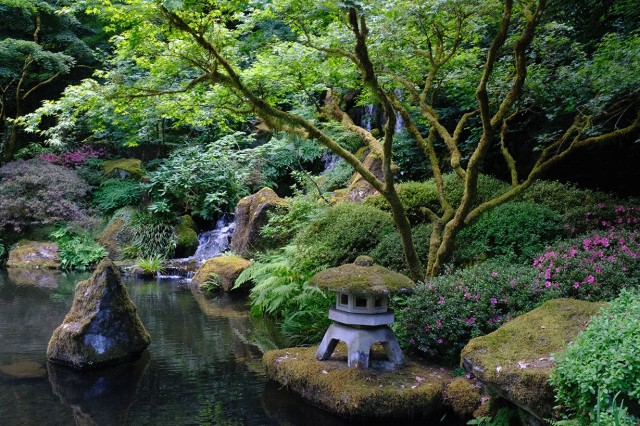 When jarred, unavoidably, by circumstance, revert at once to yourself, and don’t lose the rhythm more than you can help. You’ll have a better grasp of the harmony if you keep going back to it.

A Year of Frustration and Adaptation

2017 was a frustrating year in many ways. Between persistent challenges in my work and personal life, I made very little visible progress, but that can be misleading. I've planted many acorns that, given nurturing and a bit of luck, will turn into mighty oaks in the years to come.

Wandering In The Desert

This past year, I spent most of my time writing four drafts of a book that didn't work.

Writing nonfiction is a unique experience. If you want to write a book that's true, useful, and clear, you have to be prepared to write several drafts of a book that is not.

Long story short: I wrote a draft and sent it to my editor, whose judgement I trust. His analysis, paraphrased: it's not doing what you want it to do.

Writing, for me, is a frustrating process. As I said in a recent interview with Ozan Varol:

I’m in the midst of writing a new book, which means failing every day.

I’m drawn to projects that require understanding a huge universal problem, identifying a workable approach to solving it, and trying to explain that approach to a general readership in plain language. Turns out those projects are intrinsically difficult. (Who knew?)

For better or worse, my writing process [feels like] picking a particularly interesting brick wall, then banging my head against it until the wall surrenders. […]

That’s okay. That’s the work. If I want a book to exist, I have to be willing to do what it takes to see the project through to completion.

As far as I can tell, this is a universal reality. Work, particularly creative work, is intrinsically difficult. Just knowing that, and being prepared for difficulty, makes it easier to keep going.

I write because I enjoy working on interesting problems, and writing is the best way I've found to share what I've learned with as many people as possible. I don't write because I find writing a pleasurable experience.

That makes setbacks particularly discouraging. Here's what I told a friend about the experience of starting over:

Process wise, I’m back to feeling like I’m wandering alone in the desert, looking for a shiny treasure to bring back to my people. It’s discouraging when you find something that looks valuable, but turns out to be junk, so you have to wander out into the desert once again. It’s difficult, and I spent most of last week very down / depressed about the situation. I’ve done this enough times to know it’s a temporary feeling, and I just need to persist long enough to complete the project in the best way I can. Still, it makes me wonder how long I want to keep doing this vs. other projects that don’t resemble cognitive ultramarathons.

Towards the end of the year, I was ready to give up on publishing entirely. I was tired, demoralized, and frustrated with my lack of progress. How could I possibly justify working for over a year, and having nothing to show for it?

Times like these are when you need to rely on people you trust. Around this time, I went on a retreat with a group of friends who do the same sorts of work. I told them what was on my mind.

Their advice: stop trying to force it. Take a break. Let it sit for a while, and focus other things. See what happens, and go from there.

At first, I resisted. It felt like a way to prolong the inevitable.

In the end, I decided to put the manuscript in the metaphorical desk drawer for a while – and it worked.

About a month and a half after coming close to throwing in the towel, I finally figured out how to reorganize the ideas I was writing about into something valuable – and way more interesting than my initial attempts.

You can credit Eric, James, Nir, Ryan, Shane, Steve, and Mark for any future books I publish. (Thank you, gentlemen.)

Projects that require a significant periods of thinking, planning, and iteration are particularly prone to Absence Blindness: you can make real progress, but have nothing visible to show for it.

It's tempting to view the work you put into early drafts that don't work as malinvestment: a waste of time and energy. If you just did it right the first time, just imagine how much more efficient and effective you'd be!

That's not how it works.

Every time you try something, you're collecting essential information about the project, its parameters, and your objectives in relation to that project. You can't collect that information in any other way.

You have to be willing to do things that might not work.

This is the year I finally understand that, down to the marrow of my bones.

Yes, it's in your best interest to avoid preventable mistakes. "Failing fast" for the sake of failure is stupid.

Attempts, on the other hand, are underrated. Trying to optimize something before it exists doesn't work, and keeps you from making progress on important projects.

This year also featured a new mystery ailment that appeared out of nowhere, became a daily issue, and required another round of medical research.

I've already written about how I troubleshoot health issues, and the same approach and lessons apply in this case.

As it turns out, a standard b-vitamin supplement I've been taking for many years started causing havoc, and because I've been taking it so long without issue, tracing the apparently-random symptoms back to the vitamin took months. Changing the delivery mechanism of the vitamin (in this case, taking a liposomal liquid b-vitamin with food) resolved the issue.

Bodies are complicated and weird. The situation appears to be resolved, and I'm looking forward to starting the year without odd health issues to worry about.

Two of the most significant positive improvements of the past year have been kettlebell training and Aikido, both of which I've written about previously.

I'm up to 24kg on the swing and get-up, and a few weeks ago I successfully passed my 5th kyu (USAF) Aikido grading. Both activities are excellent for my overall health and well-being, and I plan on continuing to improve in both for the foreseeable future.

I'm writing a new book. I'm keeping the details to myself for the moment, but I can share that the book is about completing important projects under conditions of variability, uncertainty, complexity, and ambiguity. (That is, the conditions we all experience in day-to-day life.)

The style is very different from my previous work, and I'm having a lot of fun drafting it. My early drafts are promising.

Will it work? You'll be the judge of that. I'll share details about the book via my e-mail list first, so if you want to hear about the book when it's available, be sure to sign up.

All in all, the future is bright and shiny. Thanks for reading, and I wish you a happy, healthy, and fulfilling year to come.

This post has been back-dated to December 31, 2017 for archival purposes.