“While one person hesitates because he feels inferior, the other is busy making mistakes and becoming superior."

Each year, it's worth taking a step back to assess what you're doing and evaluate your results. If you haven't taken the time to review your experience this past year, it's not too late.

Here's my personal review for 2013. If you're interested in how I work behind the scenes, you'll enjoy this post.

First and foremost: Kelsey and I welcomed our son, Nathan, in October. He's now three months old, and is a happy, healthy, mellow little guy. 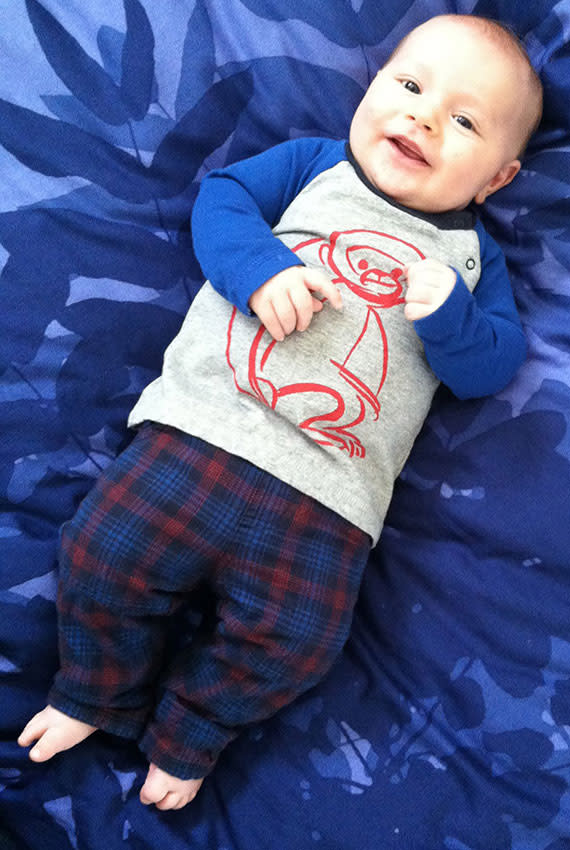 Nathan's arrival, aside from the fun and day-to-day demands of having a newborn in the house, was also an important test of my business system. Aside from sporadic email and a few small side projects, I took several months off with no significant loss of revenue.

I run my business solo, so being able to step away for a non-trivial period of time without a significant decrease in income was a huge milestone. As I mentioned in Building a Business That Supports Your Life, one of my primary motivations in starting my own business was having the flexibility to spend time with my family.

It's working: if there's a tradeoff between family and work, family wins. The most difficult part about making tradeoffs is being okay with what you're giving up. This year, I decided to turn down several major media opportunities, cancel or postpone projects, and be generally less responsive to email and outside requests. Those choices had significant consequences, mostly in the form of lost opportunities.

That's okay: if you're not giving something up, you're not really making a tradeoff.

In general, I'm satisfied that my actions reflected my stated priorities this year. I'm getting back into the swing of things, and the small projects I've completed thus far have been focused on automating routine work and clearing the decks in preparation for new projects.

I'm very clearly in consolidation mode, so I'm doing my best to respect that and let the cycle complete. It won't be long until I shift back into growth mode, ready for another cycle.

You're seeing some of the results of my consolidation efforts right now: JoshKaufman.net has received a lot of attention these past few months. While you're here, feel free to poke around to see what's new.

Publishing a book is always a huge project, and The First 20 Hours was no exception. The book launch, in various forms, represented the bulk of my professional work this year.

Overall, I'm happy with how The First 20 Hours turned out. The book was, in many ways, a huge collection of publishing experiments:

Most of these experiments were successful, and some were not:

2013 was a very successful year in business terms - my best year to date. It was also the first year the bulk of my revenue came from selling books vs. consulting and training. (I don't disclose specific revenue numbers: my business is operating well above my personal point of sufficiency, so my business system is operating as it should, and I get to keep researching and writing full-time, producing more useful projects for you to enjoy. In the end, that's all that really matters.)

2013 was also a year of constant illness - I got sick at least twelve times this year, mostly various strains of cold and flu. I lost my voice completely for 3 weeks, which impacted a live training event I was scheduled to teach. All in all, I spent over 50% of this year feeling terrible.

There were two major contributing factors:

I also began to experience middle-of-the-night insomnia in the back half of the year. There were various contributing factors, most of which are temporary (like bouncing a baby at 4:00am), and I've done quite a few experiments that have helped prevent episodes and mitigate the impact, which I'll discuss in more detail in a future post.

Poor sleep, illness, and young children at home make for a challenging situation. I'm fortunate that nothing serious or permanent is wrong, but the cumulative effects were too big to ignore. It's tough to be happy and productive when you're tired and feel terrible.

In retrospect, part of me is glad all of this stuff happened this year: it finally made me consider the value of health vs. income in a visceral way. I'd happily give up over 80% of my 2013 income if I could go back in time and feel healthy and well-rested all year.

2014 will be a year of making sure my daily life reflects that lesson.

I have big plans for the coming year. My consolidation efforts will result in many new internal systems that will make my day-to-day work significantly easier, which will free time and energy for new projects.

Programming was, by far, the most useful skill I picked up in the process of writing The First 20 Hours. A small chunk of every day is devoted to coding, and I've already written several internal utilities I'm using as core parts of my day-to-day work. I have a few larger systems I'm currently tackling, which will make a lot of exciting new projects possible. I can't share specific details quite yet… let's just say that understanding business + learning to code is a powerful combination.

I'm also working on new research projects with the intent of turning them into books. More on what's in store soon.

To close: thanks for reading. I hope you found my work useful this year, and I'm looking forward to continuing to help you make more money, get more done, and have more fun.