Notes on The Happiness of Pursuit by Chris Guillebeau 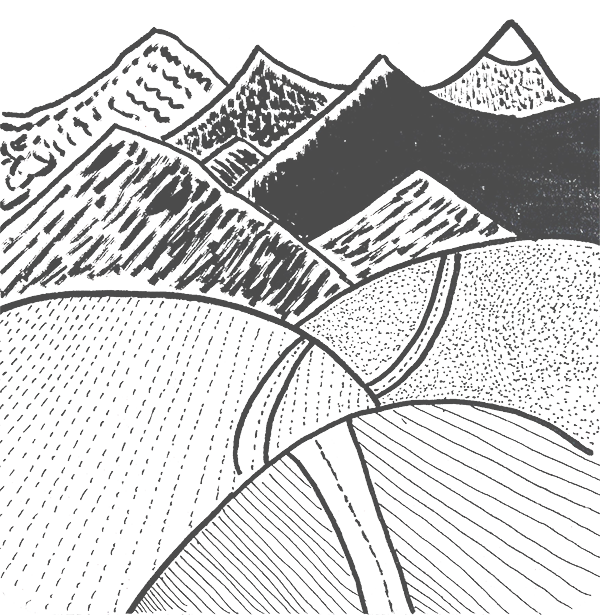 Chris Guillebeau is the bestselling author of The Happiness of Pursuit, The $100 Startup, and The Art of Nonconformity. Chris recently completed a decade-long quest to visit every country in the world, and The Happiness of Pursuit is a retrospective of that quest and an examination of finding purpose in life by working to accomplish big goals and seeking out adventure.

In addition to writing books and traveling the world, Chris is behind World Domination Summit, where fascinating people from all over the globe gather in Portland every year for fun and adventure.

1. Happiness is often found in pursuit of a quest.

The most straightforward path to happiness and satisfaction in life comes from pursuing a significant long-term goal or objective: a "quest." We're far more likely to be happy while working to achieve something great than after we've accomplished it.

Quests take on many of forms, large and small. Chris decided to visit every country in the world. The people Chris profiles in the book chose a wide variety of quests: taking a vow of silence, walking across countries, publishing a million photos, and circumnavigating the globe solo in a sailboat.

You can choose to pursue whatever quest happens to move you: opportunities are legion.

2. Choosing a quest is a big decision.

Choosing to pursue a quest is a life-changing moment, and it's in your best interest to make sure the criteria of the quest is as clear as possible. Set an unambiguous objective that's:

Otherwise, it's not much of a quest, and you won't get much out of the experience. Fuzzy criteria don't help you.

This suggestion has a lot of overlap with the process of acquiring new skills, which can be thought of as a type of quest. The more clearly you define what you want to achieve, the easier it'll be to accomplish it.

3. There are always risks – don't let them stop you.

Nothing is perfectly safe, and any major undertaking is going to have a certain amount of risk involved. Depending on the nature of the quest, you could very well get injured – even die. You might strain relationships with friends and family. You could lose your job, go broke, and have to live in a van down by the river.

Of course, all of these things can happen to you even if you don't pursue the quest. Life's not perfectly safe or certain in any case, so the presence of risk doesn't mean you shouldn't move forward.

Don't be stupid, of course: prepare, plan, and mitigate whatever risks you can in as smart a way as possible, then jump in.

4. There are always costs – count them.

There's an old saying: "you can have anything you want, as long as you're willing to pay the price."

Quests aren't free: you'll spend a significant amount of money, time, and energy completing them. Those resources are finite, but most people assume big projects are impossible without actually sitting down and figuring out what the project will cost.

That's a huge mistake. "What would it take?" is a powerful question.

Consciously taking the time to research and calculate the true costs of the quest before you begin is both prudent and necessary. You'll know exactly what you're getting into, what it's going to take in terms of money / time / energy, and what you're going to have to do to complete the adventure.

5. There are always tradeoffs – make them consciously.

What are you not going to do in pursuit of the quest?

The bigger the quest, the more you're probably going to have to give up to accomplish the objective.

It's tempting to try to do everything at once. That's a mistake. It's better to decide what you're willing to forego or postpone in advance than have the tricky tradeoffs forced upon you in the moment.

If you have more than one quest you'd like to pursue, pick the most compelling one. The others can wait for a while, ready to pick up after you accomplish the first, or if (for whatever reason) you decide your original quest is no longer worth pursuing.

Maybe your careful planning will prove unrealistic or useless. Maybe you won't budget enough money. Maybe you'll make a decision that proves to be unwise. Maybe you'll realize you're in way over your head, and don't know how to proceed. Maybe you'll experience unexpected setbacks or resistance.

You'll make a ton of mistakes – that's okay. Everyone makes mistakes. The bigger the quest, the more things that can (and probably will) go wrong.

Don't use your mistakes as reasons to give up: use them as opportunities to learn and adjust along the way. Persistence will overcome many obstacles.

Most people think too small. Even daydreaming about huge projects can feel intimidating: it's tempting to avoid taking on big projects because they feel "too big."

Chris recommends creating a list of ideas for potential quests, and capturing even the most outrageous possibilities. If you start to feel uncomfortable with an idea, you can always tell yourself: "It's only a list!"

Planning on paper is easy, so you can go as wild as you want. Giving yourself explicit permission to think bigger than you normally think opens up a lot of potential opportunities you'd otherwise gloss over as "not realistic."

Once you start evaluating the ideas, you can "count the cost" to see what each idea will really take.

8. Every quest will change you forever.

Every quest you undertake will add to your life experience in unique, valuable ways. Regardless of the subject or objective of the quest, you can expect improvements in your self-confidence, skills, and maturity.

Your experiences will change you in deep ways that'll be difficult to explain to other people, and you won't be able to go back to doing and seeing things the way you used to.

Here's one of my favorite passages from the book, which appears on page 254:

"Perhaps the biggest adjustment to life at 'home,' wherever home may be, is understanding that you're different from when you started. You've gained experience and seen things that others haven't. To quote the words of Steve Kamb, who used the analogy of a video game with me in describing his quest, you've 'leveled up.' In the same way that the first level of a game can become boring and repetitive, once you've leveled up, you may not be able to go back to the same habits and routine…

9. After you complete a quest, you'll probably experience a post-quest funk. That's normal.

Finishing a long-term quest is an event that generates mixed feelings: accomplishment, pride, and self-confidence, but also relief, sadness, and anxiety about the future.

It's normal to feel down and lost between quests. When the quest you've been pursuing for so long is no longer a driving force in your life, there's an empty feeling that's difficult to ignore.

Recovery is straightforward: rest a bit, reflect on your experiences, capture the stories you've collected from your experiences, then choose your next big adventure. Happiness doesn't come from the accomplishment of quests… it comes from the pursuit of the quest. Keep moving.

Some people won't understand your quest: why it's important, why it matters, or why you're pursuing it. Your family, friends, colleagues, and random acquaintances might think you're crazy. Doing things that other people don't normally do will attract attention, sometimes in not-so-great ways.

That's okay. You're not doing this for them: you're doing it for you. As long as you find your experiences worthwhile, keep going.

For more on the value of quests, adventure, and finding purpose in life (including many detailed examples), pick up a copy The Happiness of Pursuit by Chris Guillebeau.