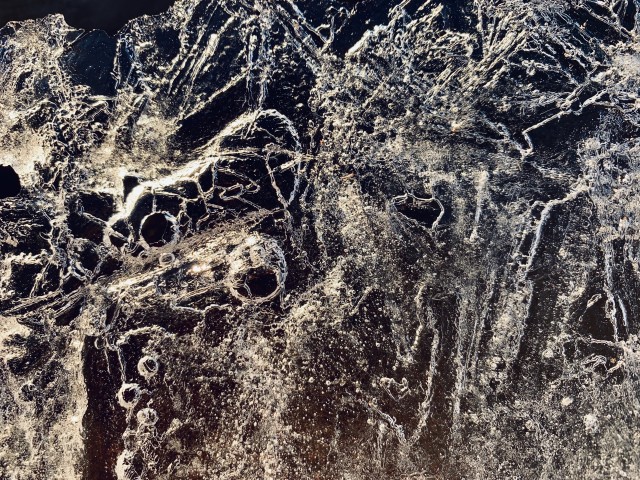 It’s been a rough year.

Long-time readers will know that health has been one of my primary concerns for the past several years. A series of serious, unexplained issues has limited my capacity, dominated my attention, and put business on the backburner for the majority of the past decade.

Unexplained chronic illness is consuming. On good days, you spend what little time and energy you have trying to figure out how to stop feeling so terrible. The capacity drain is immense.

Progress in resolving these issues has been slow and sporadic, but it’s still progress. For the first time in a long time, there appears to be light at the end of the long, dark tunnel.

I’ll spare you most of the details. Here’s the short version: mystery gut pain, extreme dietary debugging, and the return of chronic fatigue.

The past year has consisted of random episodes of intense, unexplained stomach pain that lasted anywhere between six and twelve hours a stretch.

The unlikely source, discovered via more than a year of painful trial and error: inulin, a prebiotic fiber that the food industry has recently adopted as a binding/thickening agent in many gluten-free foods. As it turns out, some people experience severe digestive issues when they ingest inulin. Ever since I’ve adopted a gluten-free diet (for unrelated medical reasons), my exposure to inulin has increased dramatically, leading to these issues.

Finding the root cause was an ordeal: eating anything felt like a huge risk, and it was difficult to determine cause and effect, since the onset of symptoms was 6-8 hours after ingestion. The intervention that finally identified the culprit was a week-long elemental diet, which allowed me to remove food as a variable entirely for a time, then re-introduce foods slowly to find the culprit. I don't recommend the experience – it wasn't pleasant, but it was effective.

Unfortunately, the portion of my gut flora responsible for metabolizing inulin also metabolizes SAM-e, which I was taking for longstanding and unrelated chronic fatigue issues. As a result, SAM-e is no longer an option, and the persistent fatigue I’ve struggled with for so long returned.

I’ve been forced to search for alternatives, many of which have resulted in serious side effects. Bodies are complicated, and every intervention involves risk as well as potential reward. Often, you don’t know if something will work until you try it, and sometimes the trial is costly in unexpected ways: many of the interventions had side effects that were just as bad as the primary symptoms.

Long-term, revisiting this issue might be a good thing. A long-shot test for sleep apnea, intended to rule it out as a potential cause, came back positive: a surprise, since I don’t have any of the associated risk factors. I’ve started sleep therapy, and have high hopes. I’m also experimenting with a different form of SAM-e that might minimize side effects, with promising initial results.

Ultimately, I don’t know if what I'm doing will work long-term. What I do know is – if it doesn’t – I’ll keep searching and experimenting until I find something that does.

In the midst of these challenges, I wrote and published a book.

How to Fight a Hydra is out and selling well, and is in process of being translated into several languages.

Publishing Hydra this year was a minor miracle. The message and metaphor have been very well received by readers around the world, and the book appears to have a strong chance of helping readers for many decades to come.

Several readers have asked me if the events in Hydra were inspired by events in my own life. The answer to that is a resounding yes: I’ve been fighting my Hydra for a decade now, and it’s not dead yet.

Here’s a passage from the afterword:

Life sometimes forces you to fight battles you didn’t ask for: a severe health condition, a natural disaster, the end of a significant relationship, sustained financial hardship, or helping a loved one in crisis. How do you keep fighting when you find yourself trapped in the back of the cave, with a Hydra standing between you and the light beyond?

Hydra exists because of this experience. I wouldn’t want to go through it again, and I don’t wish it upon anyone else, but the past year has given me the perspective to write about difficult topics like uncertainty, ambiguity, and risk in a useful way.

I have the same litmus test for Hydra as I do for the rest of my books: if my thoughts or suggestions help someone accomplish something worthwhile, make life a little easier, or persist through difficult circumstances, the project is a success.

I’m glad Hydra exists, and proud of the result.

Aside from publishing Hydra, there have also been quite a few highlights:

In retrospect, that's a lot of awesomeness, particularly for such a challenging year. I'm thankful for the many wonderful people and opportunities in my life.

Looking forward, I currently have to accept that, in the great game of Reality, I’m currently playing a wizard with a Constitution score of 8. It's difficult, but it's not impossible: I just have to be careful and play smart.

When I set goals for myself many years ago, overcoming these sorts of issues didn’t appear on my list of objectives. As I said in my discussion of The Planning Fallacy in The Personal MBA:

When planning, we naturally tend to imagine a scenario in which everything goes well. As a result, we tend to underestimate the likelihood of things that could impact the plan, as well as how much those contingencies will affect the project. Rare is the project plan that contains a line item that says “Project Manager contracts mononucleosis: out for a month.”

I’m far behind in terms of what I planned to achieve over the past decade. Even so, it’s not wise to dwell on that thought: unexpected events can (and do) happen, and our job is to pay attention to reality, adapt to the circumstances, and keep moving towards what we want.

The best path forward remains the same: to do the best I can with the resources and energy I have at my disposal.

My intent in writing about these issues is to be open about what I'm experiencing, and to present the good along with the bad. Difficulty is a part of life that's important, unavoidable, and well worth examining.

It's not uncommon for people to have years (sometimes decades) during which they struggle. I am not an exception.

Part of my delay in writing this annual review has been the hope that I’d discover a permanent solution to my recent challenges, and that I’d be able to celebrate victory with you in this update.

Alas, that’s not the case. Reality often doesn’t cooperate with our desires, hopes, or plans.

In a way, that’s a fitting theme for this year’s efforts. You are not guaranteed the results you’re after, but you’re always free to keep pursuing them.

Fight for what you want, and keep fighting until you get it.

This post has been back-dated to December 31, 2018 for archival purposes.